Tactics vs. Strategy (Part 1): The Study of Tactics in Poker 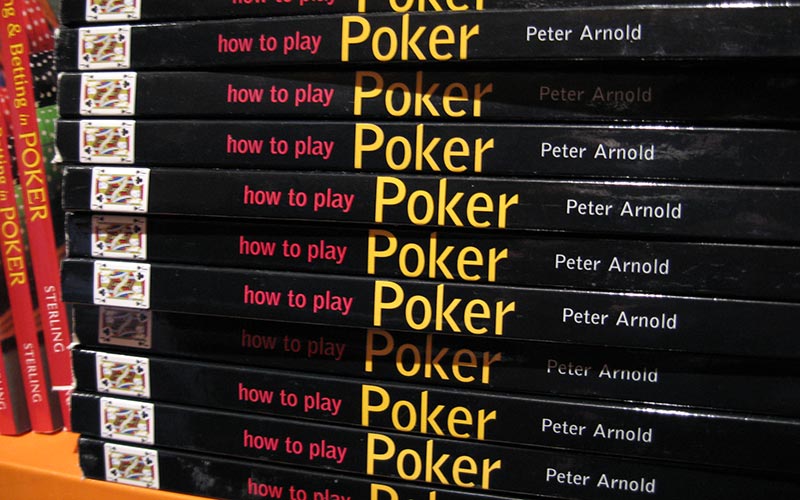 If you’re looking to win in poker in today’s games with the state of the industry being what it is, then you’re going to have to be on another level when compared to the competition. The only way to do this is to seek out as many advantages as you can and exploit them as much as you can, and the fundamental problem for today’s players is finding those edges in the first place. One edge you can work on is understanding the difference between tactics and strategy as relates to poker.

A tactic is typically going to be a specific trick, a specific play or a specific short-term idea that you can employ to get a quick advantage over an opponent. In the past, a purely tactical approach to poker has been the main focus for the vast majority of players at micro stakes, low stakes and even mid stakes to a major degree. While these tactics may get more and more complicated over time, they are based on certain patterns and principles, and they can always be stopped and/or countered by someone who identifies them correctly.

The Evolution of Tactics: The Free Card Play

Over time, tactics become more well-known, and counters to combat them are created. Then these counters become more well-known, and another level to the mayhem is built on top of that. A good example of this is the free card play in fixed-limit hold’em games. For a while, it was extremely effective to raise in position with a strong draw because people would often call and check to you on the turn. This would give you a chance to see the river at a discounted rate which drastically improved the value of your draw.

Once enough people knew about the free card play, you started seeing a lot more 3-betting out of position on the flop as a counter. This had two strong effects. First, it made the free card play less effective by punishing it more often. Second, it opened an opportunity for yet another counter: Players could simply raise the flop in position with more value betting hands to capitalize from the third bet. This cat and mouse game can continue over and over again.

The Trickle Down Effect

While it’s important to be familiar with the specific tactics that are being used in your games, it’s also important to realize that they are not the final step in improving at poker. These plays are largely fashionable to begin with, and a play that becomes popular at high stakes will eventually trickle down to mid stakes, then to small stakes and finally to micro stakes.

We can look back to what was called “light 3-betting” back between 2007 and 2009 for a good example of this trickle-down effect. Card Runners was the first popular online poker training site, and a lot of the pros in the videos would be taking part in “light 3-betting” which was basically 3-betting hands other than the obvious value hands like {QQ+, AK}. There was all kinds of stuff published about it, and it started to become more popular in mid stakes games as well. Low stakes players started picking up on it, and it even made its way down to the micros.

Where Tactics Come From in Poker

A tactic is generally a very specific play that works well because of a major tendency of the player pool as a whole or against specific player types. For example, folding top pair or an overpair against a turn raise could very easily be considered a strong tactic against most players at microstakes and small stakes because it’s almost always going to be the right play. Essentially, it’s a generalized way of doing what game theory would call exploiting the strategies of the group of players the particular tactic targets.

You can break down different types of players by identifying the individual tactics that would be likely to perform well against them. This is the type of thought process that the majority of winning players at micro stakes and small stakes have, and it’s based around using a specific set of plays against each type of player. While it’s a good way of “playing the player,” it’s an approach that can also betray a lack of strategic understanding if you aren’t able to look past that when necessary, but we’ll get to that.

If we have someone who is something like 30/5 in terms of VPIP/PFR, we can instantly call this player a loose/passive type and make a number of assumptions that will almost always be true. Players of this type will very rarely raise without a particularly strong hand, for example, so you might be inclined to automatically fold fairly strong hands as a tactical decision against them if you face a post-flop raise.

Obviously you can break down other player types and look at their tendencies, tactics that will be likely to work against them, and so on. It’s not a bad thing for a player to do at some point because tactical decisions against certain player types can get you a long way.

What all of this is leading up to, and where we are going with this series, is a look at the relationship between the strategic side and the tactical side of poker. Both sides are important, but the strategic side will give you more options for finding advanced tactics in the moment which will give you better results by effectively giving you more advantages over your opponents. Next week, we’re going to look at how the strategic approach to poker is different and what you can do to start moving in that direction.