The rules of the road. Learn how to play various forms of poker. 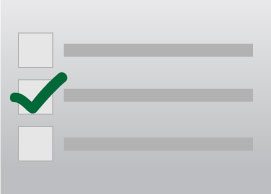 Before getting into intricate strategies and advanced maneuvers, you ought to really have a complete mastery of the rules that govern gameplay. Each form of poker has its own particular wrinkles that have can really trip you up if you’re unfamiliar with them. Don’t be that person who tries to make a nut flush with the lone Ace of suit in Omaha or the one who forgets that there’s a third draw coming in Badugi. The articles in this area of FTR go into considerable detail about the betting action, game structure, and other particulars of all the common varieties of poker that are spread today. Rather than going through an extensive (and expensive) learning process at the tables, arm yourself in advance with the accurate information that we have compiled. That way, you won’t be a sucker when you sit down to play a new game.

The page you requested could not be found. Try refining your search, or use the navigation above to locate the post.

Crazy Pineapple is just like Texas Hold’em, but it has a fun twist! There are three hole cards, and after the flop, you choose and discard one. Due to the extra card, hands tend to be stronger than they would be in a normal Texas Hold’em game.

5 Card Draw is a game that’s familiar to many poker players through fondly remembered games around the kitchen table. With only two betting rounds and the possibility of replacing cards you don’t like, the game is completely different from Texas Hold’em.

How to Play Hold’em Poker

If you’ve watched televised poker tournaments, the players were probably playing No Limit Texas Hold’em. With two blinds to get the action started and four rounds of betting, there’s plenty of action to be found. All-in confrontations are somewhat common especially in tournaments.

7 Card Stud Hi/Lo is an exciting variant on normal 7 Card Stud play. In this split-pot format, players can win the high half of the pot, the low half of the pot or scoop the entire pot. Beware of getting quartered though! It can be costly.

No Limit Texas Hold’em is probably the most popular form of poker today. There are four streets of play and five community cards before showdown. In contradistinction to Limit Hold’em, players can bet any amount of chips in their stack.

7 Card Stud was “the” game before Texas Hold’em became popular. Though it has been surpassed in popularity, there are still many players who enjoy 7 Card Stud. With neither community cards nor flops, the dynamics of the game are very different from what you may be used to.

5 Card Stud has long been popular in home games although it’s difficult to find online. While there are similarities between this game and 7 Card Stud, there are fewer cards dealt. One similarity between 5 Card Stud and Texas Hold’em is that there are four rounds of betting.

Before playing any type of poker, you need to know the rules of the game. Texas Hold’em is the most popular type of poker, so you should learn its rules first. There are four rounds of betting and three common betting structures that you need to be aware of.

In HORSE, players must play 5 different poker games: Hold’em, Omaha/8, Razz, Seven Card Stud and Seven Card Stud/8. All games are in limit betting format, and each game is played for eight hands before the next game in the rotation begins.

Badugi is a weird, yet addictive, type of poker. You get four cards, and you have to try to make the lowest possible hand without repeating ranks or suits. There are three draws, so you have ample opportunity to get rid of cards you don’t like.

2-7 Lowball is a favorite among some of the most well-known poker professionals. Playing for low offers a refreshing change from standard high-hand poker. But before you can play, you must understand the rules and how to read your hand.

Omaha Hi/Lo is a form of Omaha poker that, unlike regular Omaha, is usually played in limit rather than pot limit format. You’ll be trying to make hands for both high and low in this format. With any luck, you’ll scoop both parts of the pot!

Pot Limit Omaha is becoming increasingly popular especially among jaded Hold’em players. While both games contain the same flop, turn and river game-play dynamics, there are important differences, not least of which is that Omaha features four hole cards.

Razz is a form of poker very similar to 7 Card Stud. The difference is that you’re playing for low instead of high. A “wheel” consists of A2345 and is the best possible hand. Straights and flushes don’t count against your low hand here.